Lance Armstrong, the disgraced cyclist who was stripped of seven Tour de France victories, was excoriated on social media over the weekend after he boasted about passing Vice President Mike Pence on a Nantucket bike path.

“I can’t drop many people on a bike these days but I just blew the f***in’ doors off Mike Pence on a Nantucket bike path. Day. Made,” Armstrong tweeted Saturday.

The majority of replies rebuked Armstrong, many invoking jokes related to his well-documented bout with testicular cancer and the doping scandal that resulted in his being stripped of nearly every professional cycling victory he ever earned.

“Couldn’t quite hang onto those Tour de France titles, but hey, at least you beat Karen & Mike Pence on a leisurely bike ride! Congrats?” she said.

How did Armstrong respond to the backlash?

He wrote on Twitter: “Some people can’t take a joke or even having a little fun on twitter. Lightin’ [sic] the f**k up people. But seriously, I did blow his doors off!!” 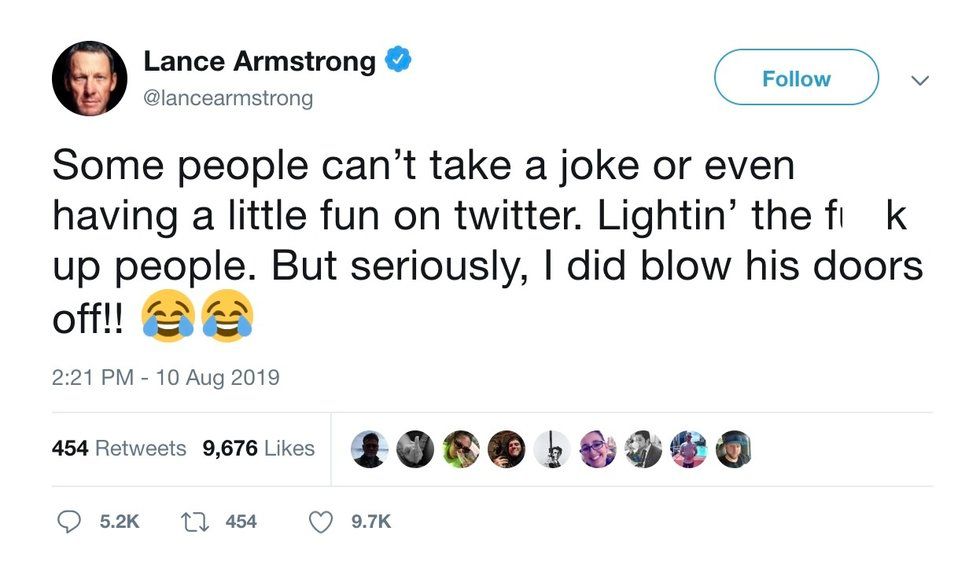